Printable Free Antique World Maps For You To Download

There is nothing like looking at antique world maps to spark the imagination of those with wanderlust. It amazes me how the shape of an antique world map from the 1600s is not vastly different from the modern world map. Just shows what an amazing job the cartographers from the past did with minimal technology.

Not only were these antique world maps very similar to the ones of today, but they were also beautifully illustrated. Many of these cartographers were fabulous artists too.

As some of these antique world maps are beautifully illustrated, I think they would look fabulous as wall art. Lauren of Bless’er House has a great tutorial on how to display oversized vintage maps. 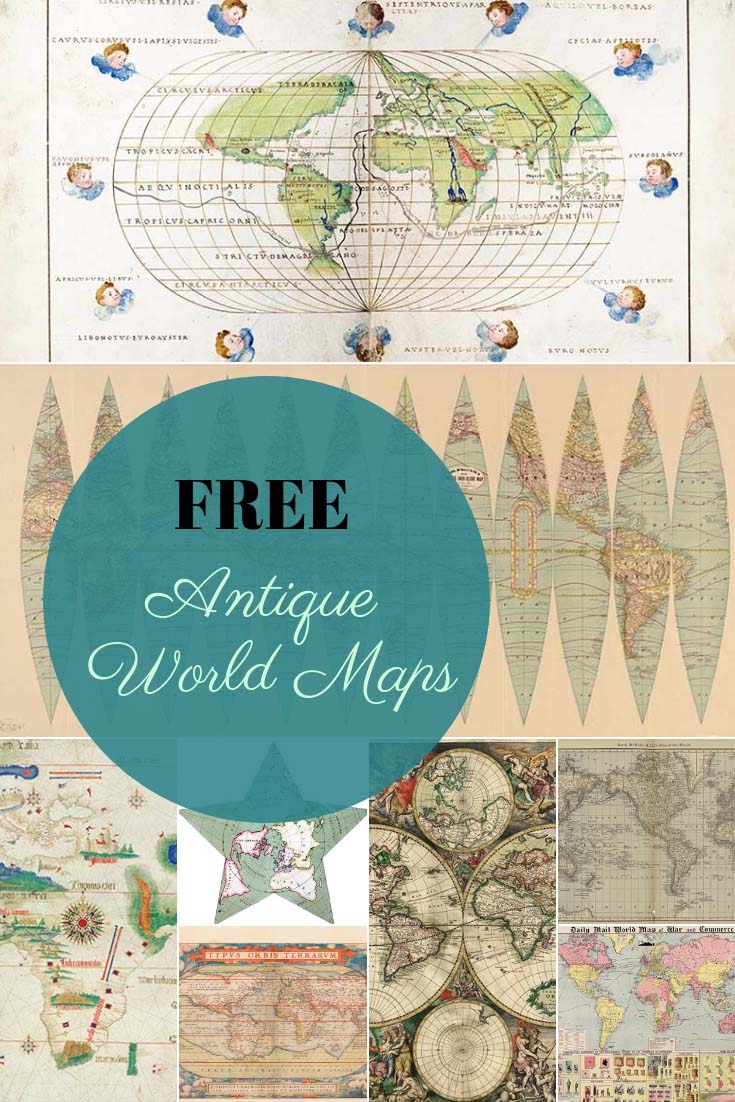 The PDF downloaded maps will be of a higher resolution than the images below. 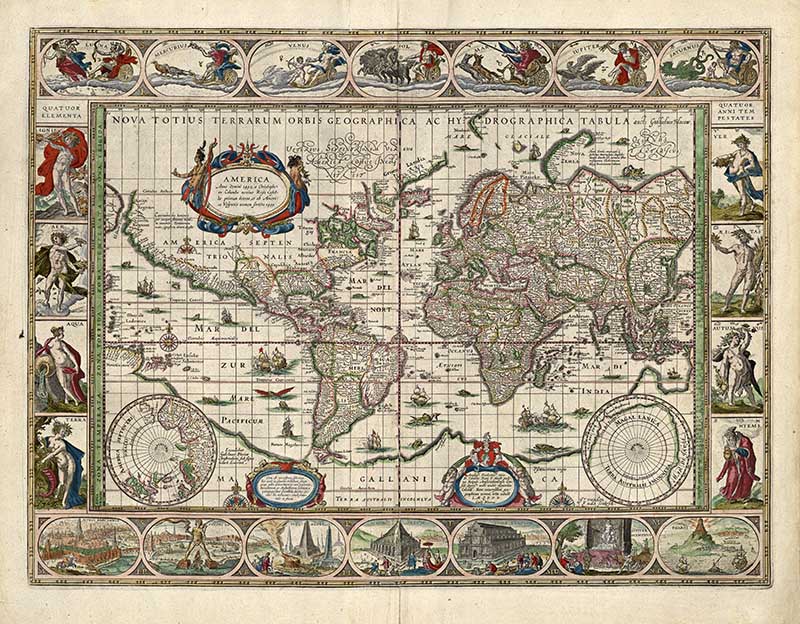 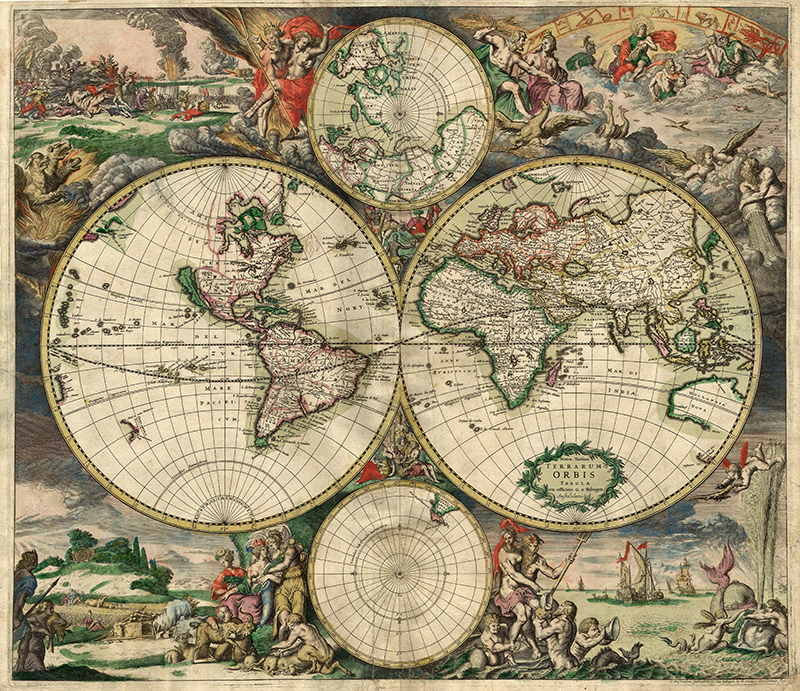 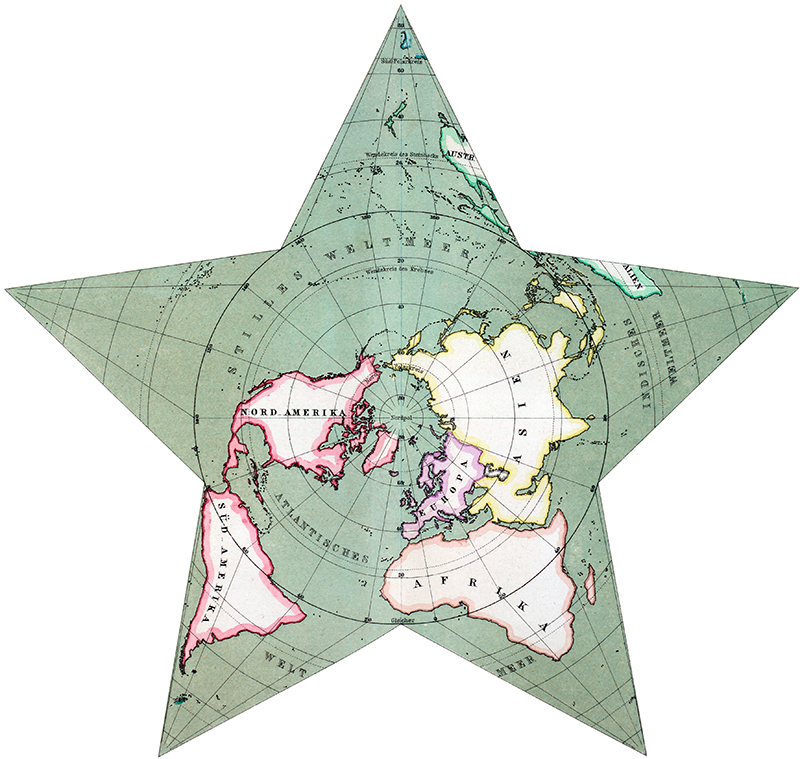 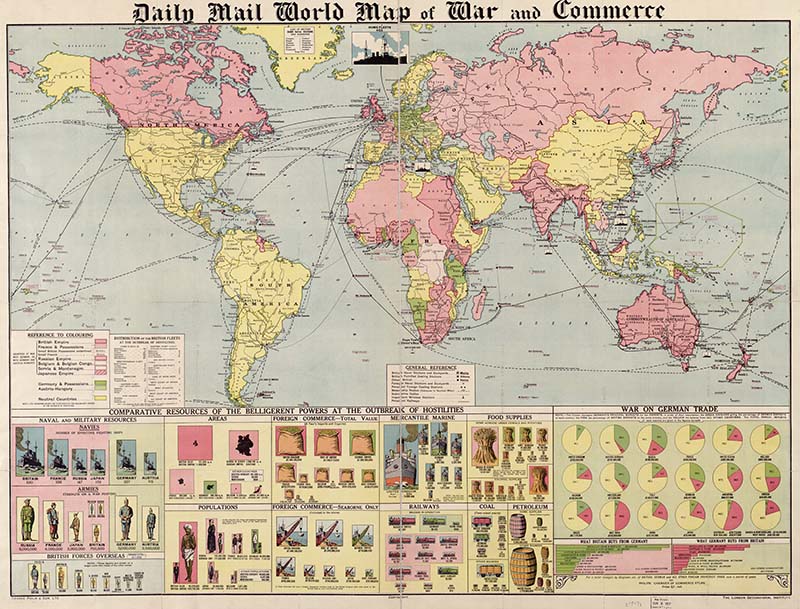 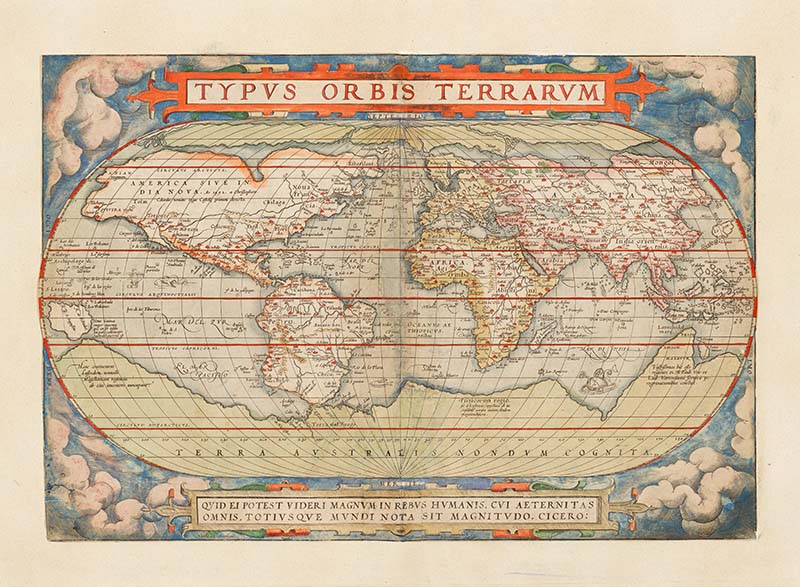 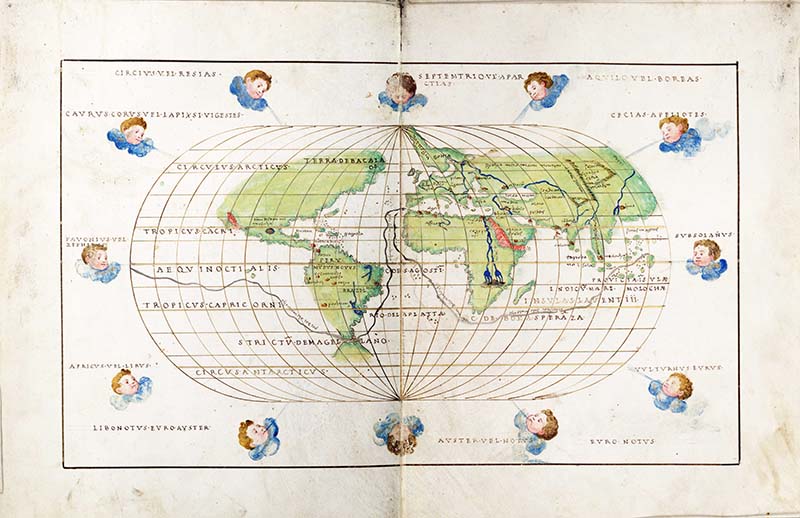 I hope you have enjoyed these antique World Maps.  There are some world map illustrations with this vintage board game collection.

If you liked these maps then you may want to check out the pictorial world maps of Chase, these free vintage Maps of Europe.  Or these maps of Antarctica. 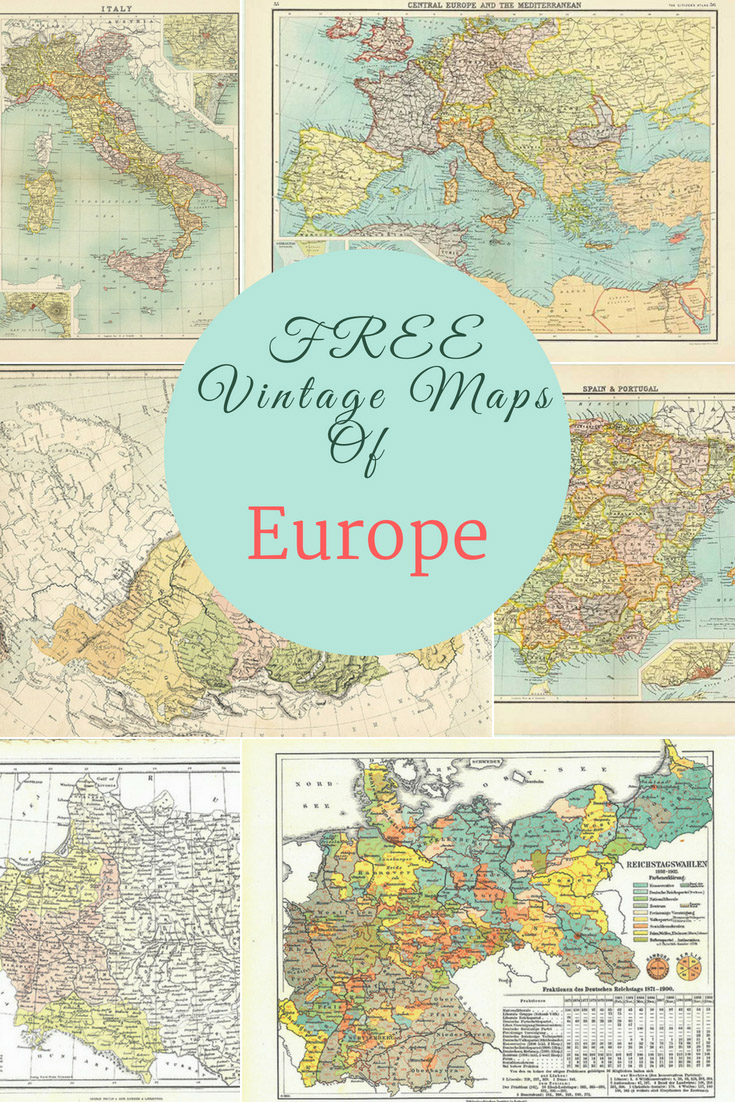 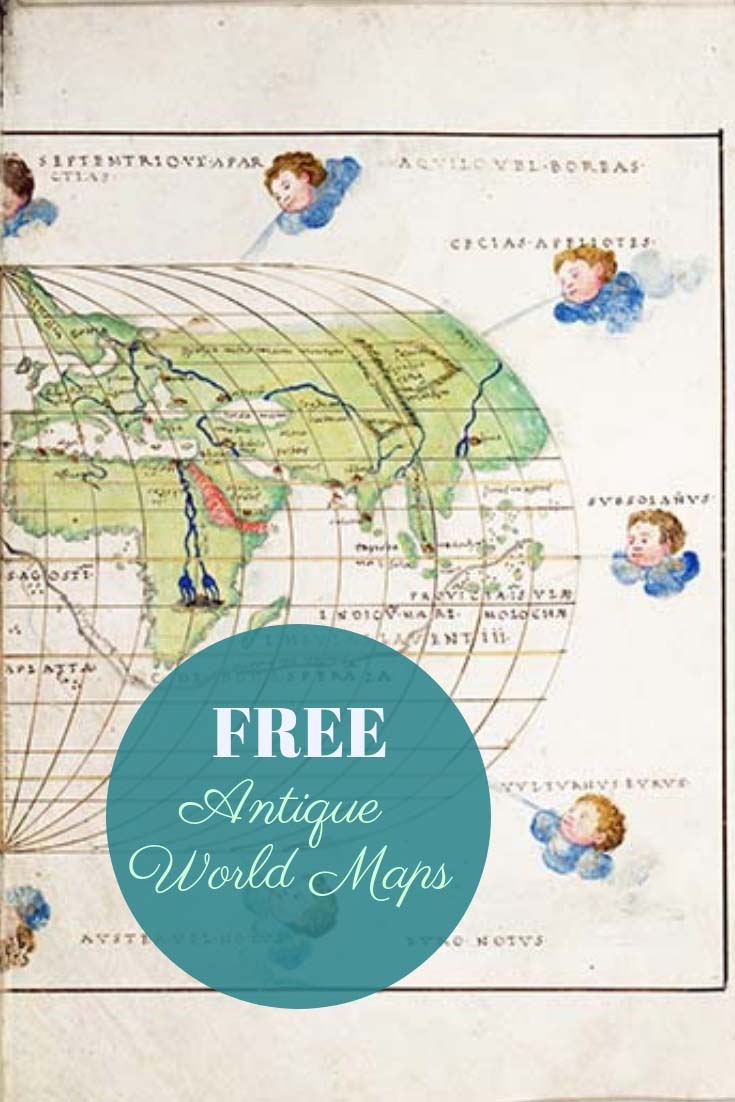 What a WONDERFUL FIND! These maps are treasures! Thank you SO MUCH for making them so easily available! You are AWESOME!

Thank you so much, glad you enjoyed them.

thanks you so much for wonderfull collections

You're welcome, thank you.

thanks a lot for this i spent long time looking for it! love

Thank you, I'm glad you have enjoyed them.

Dear Claire, thank you for the high res Cantino Planisphere I've been hunting down for so long. As a former resident of Portugal (yes, me wife and I loved Tavira too!), you'll appreciate my respect and interest for this oldest of latitude-oriented maps, all the more so being a long-time resident of Brazil myself. Abraços, and keep up the good work!

Thank you so much, I'm pleased you found the map you wanted. I will be sharing more in time.