These gorgeous antique US State Maps of the Western United States come from an original US Atlas circa 1885. Unfortunately, I don’t have details of the original publishers as these maps were purchased loose as individual pages.


There is a scale drawn on each map and they are highly detailed giving county boundaries, county towns, railroads, and canals etc. The maps have been sharpened and cleaned up after scanning. They are beautifully printed and would look fantastic in a frame.


The PDF downloaded maps will be of a higher resolution then the images below. 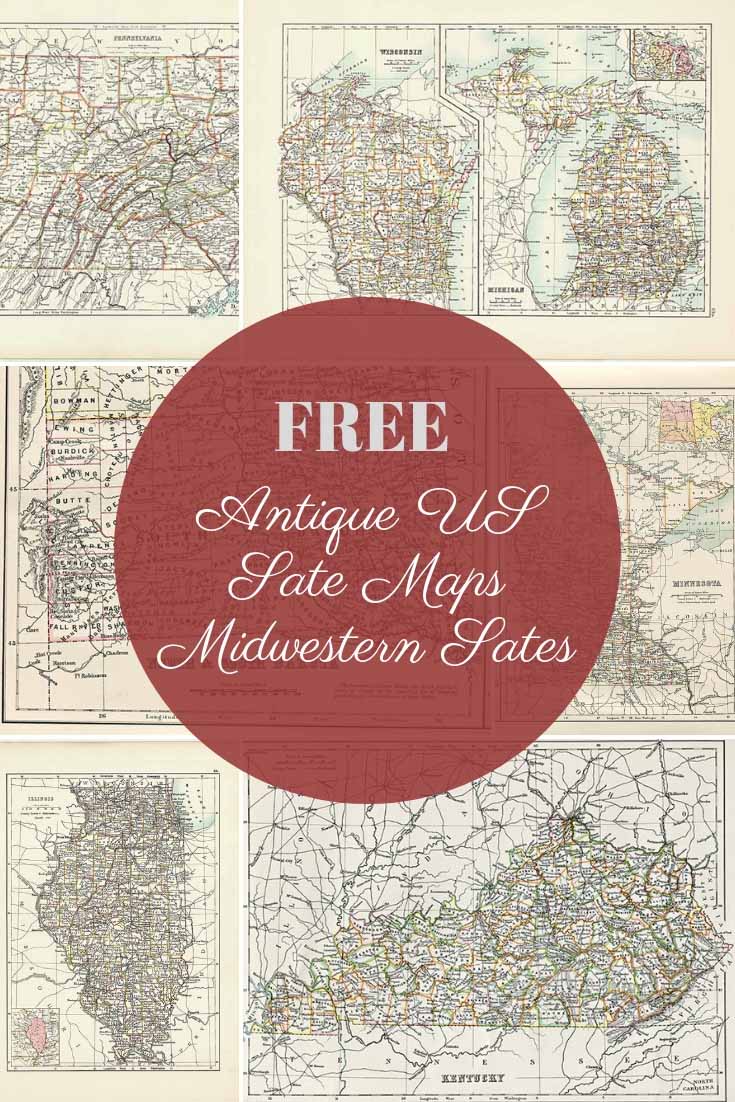 This midwestern state is 6th-most populous in the U.S., and is often noted as a microcosm of the entire United States. Illinois has long had a reputation as an indicator of the social and cultural and politics climate of the rest of the U.S. 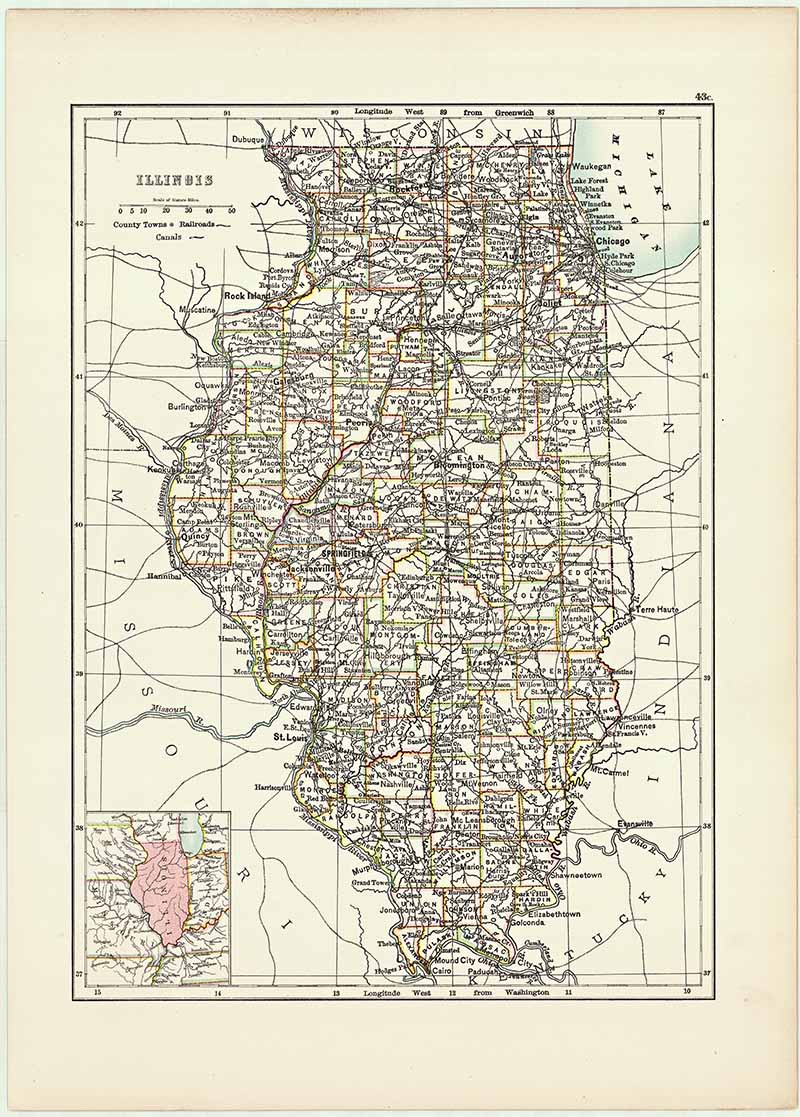 According to wikipedia “If Pennsylvania were an independent country, its economy would rank as the 19th-largest in the world.” 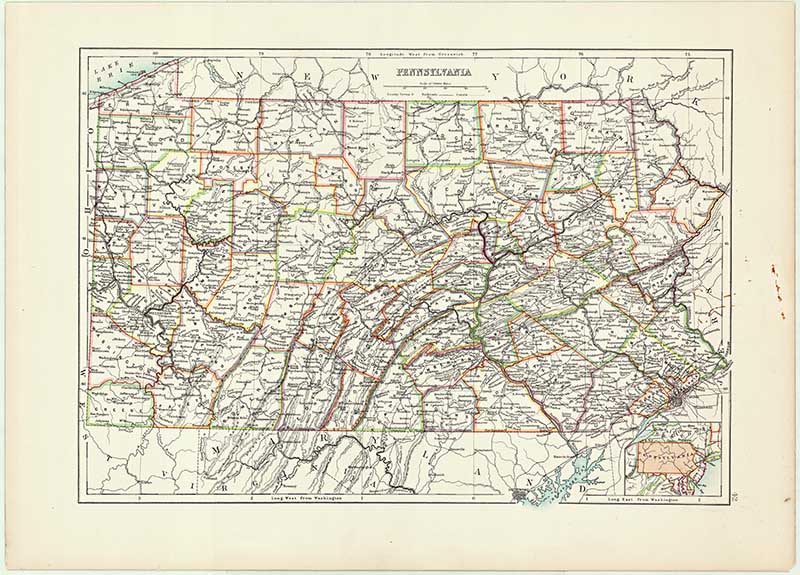 Michigan, originates from the (Ojibwe word) mishigamaa, meaning “large water” or “large lake”. A person in the state is never more than six miles from a natural water source or more than 85 miles from a Great Lakes shoreline. Wisconsin is known as “America’s Dairyland” because it is one of the nation’s leading dairy producers, particularly famous for its cheese. 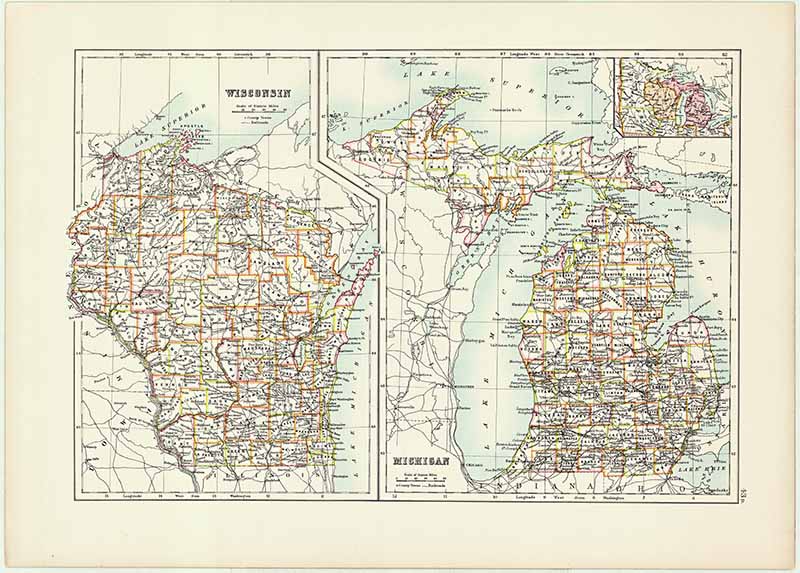 Often refered to as the “Mother of Presidents” because eight U.S. presidents were born there, more than any other state. 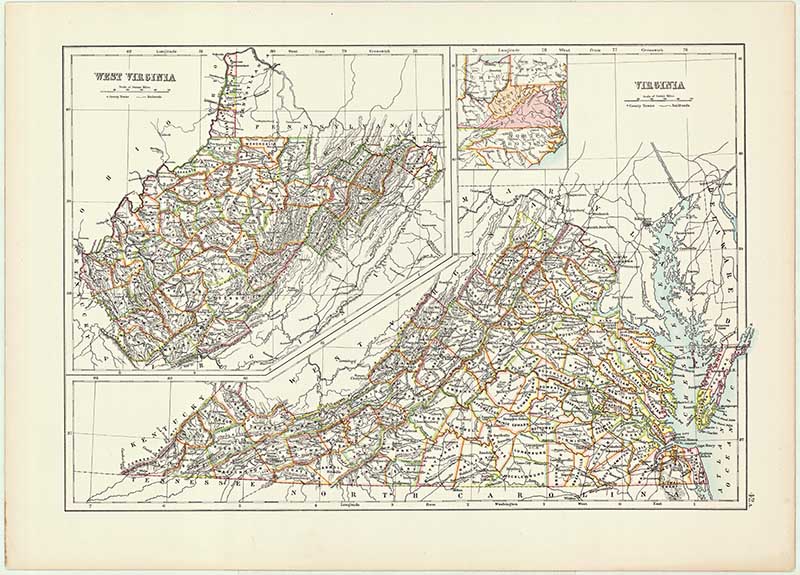 Did you know that, North Dakota contains the tallest human-made structure in the Western Hemisphere, the KVLY-TV mast. And South Dakota is home to the famous Mount Rushmore National Memorial. 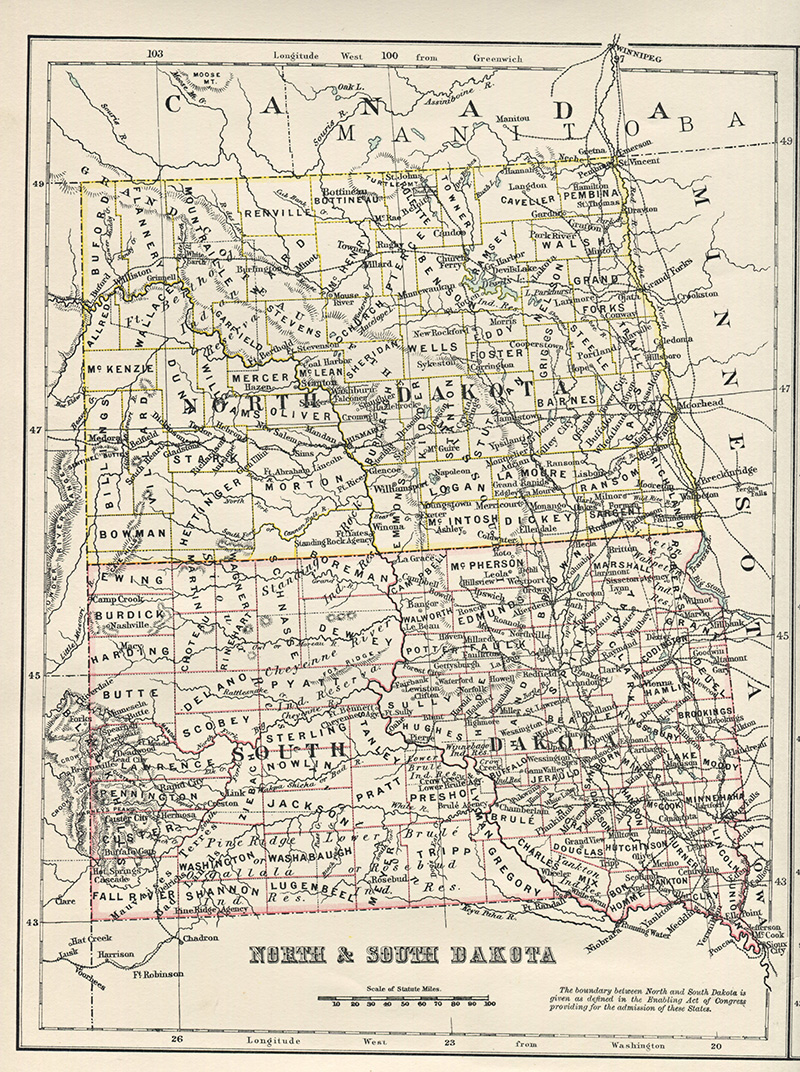 Quirky fact about Ohio it had America’s first traffic light in Cleveland. 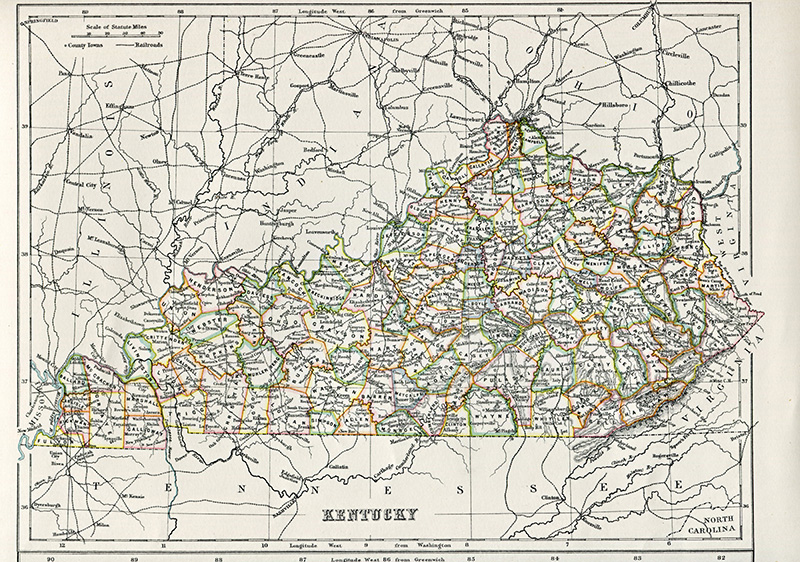 Did you know Nebraska has more miles of river than any other state? 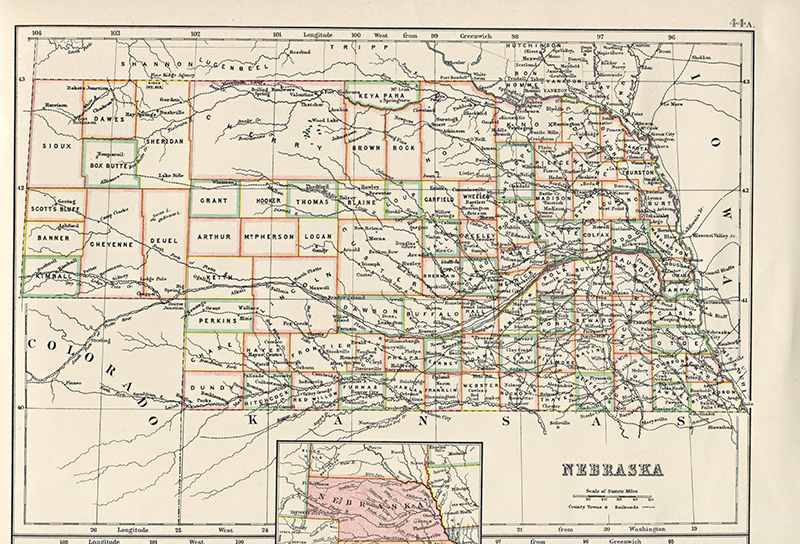 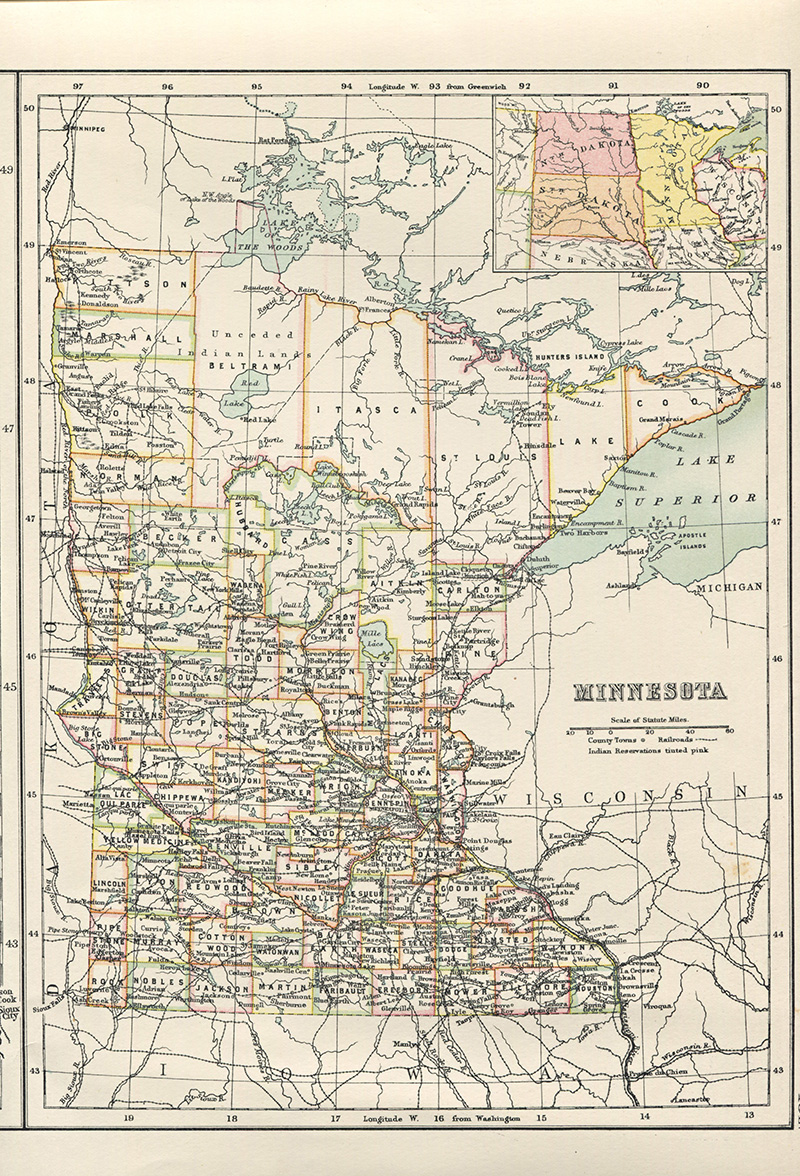 Kansas is more or less right bang in the middle of the USA. 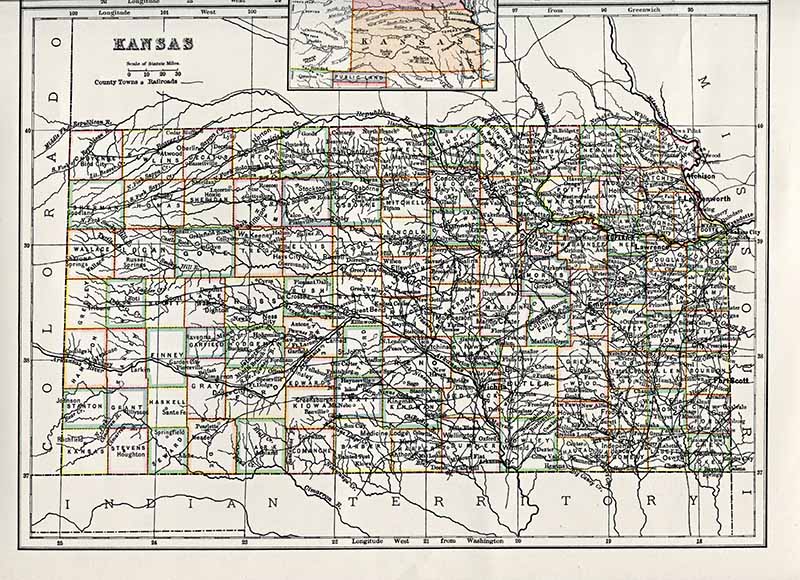 Can’t find the state maps that you are looking for, then there are more here including and old map of Texas and other southern states.


Any of these antique US state maps would look great in a frame. The maps are larger than A4. Print them on your printer at home and they will automatically shrink to size. I recommend using a matte photo paper to help preserve that vintage look.


If you want large scale maps then simply email the PDF to your local printers and they should be able to print you off a high-resolution print ready for framing.


Pillarboxblue has some fantastic DIY and craft map ideas I recommend you check them out. If you are going to decoupage with them then I recommend using a laser jet printer.

We LOVE maps! I know a little weird, but just love them...Thanks for sharing at last week's Reader Tip Tuesday. We hope to see you at this week's party. xo

Thank you so much. I LOVE maps too!