I decided to curate these vintage North Pole maps as I plan to use some in my own Christmas crafting. I thought I would share with here some of the best North Pole maps I found that are free to download.

There is something romantic and mystical about the North Pole. First, the North Pole is where Santa lives, making the maps a great resource for Christmas crafting. Secondly, it was one of the last frontiers on Earth to be conquered. A prized destination for the footsteps of adventurous explorers of the late 19th and early 20th Centuries.

Robert Peary claimed to be the first person to reach the North Pole in 1909. Apparently, by using dog sledges. However, many modern explorers have disputed this as they don’t believe it was possible for Peary to have reached the pole on foot in the time he claimed.

The PDF downloaded maps will be of a higher resolution than the images below. 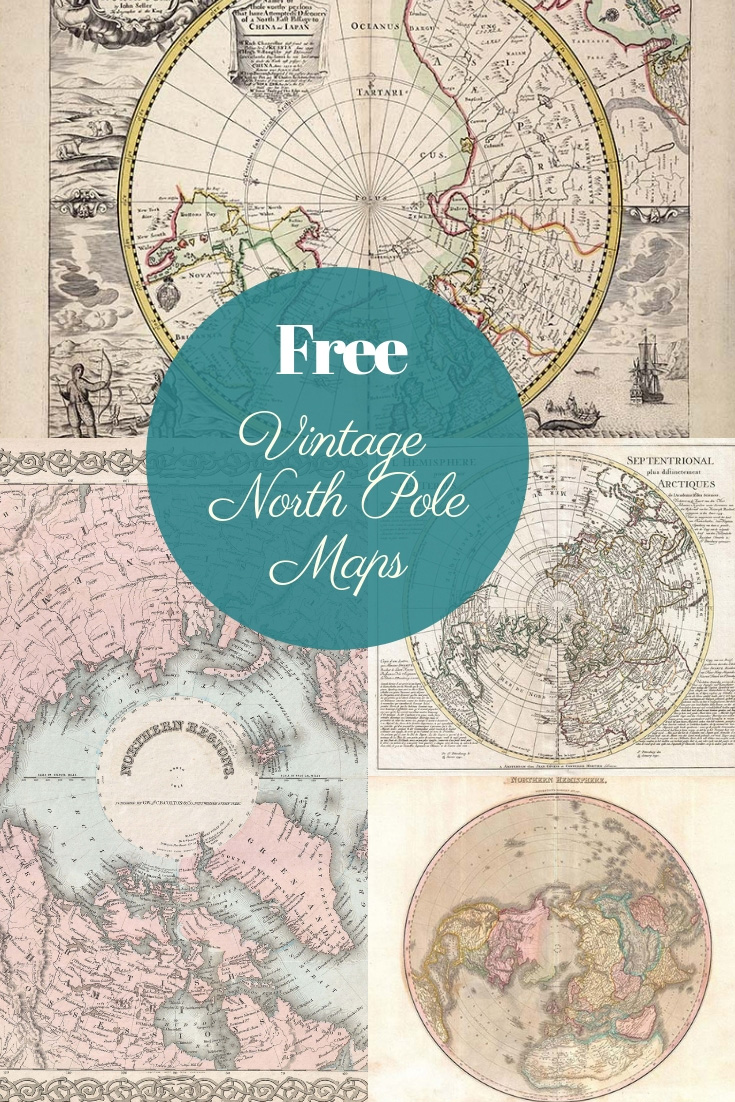 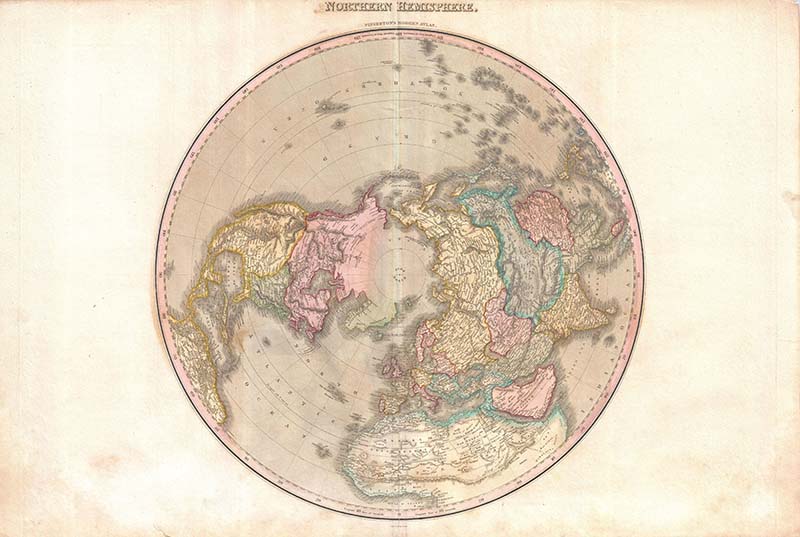 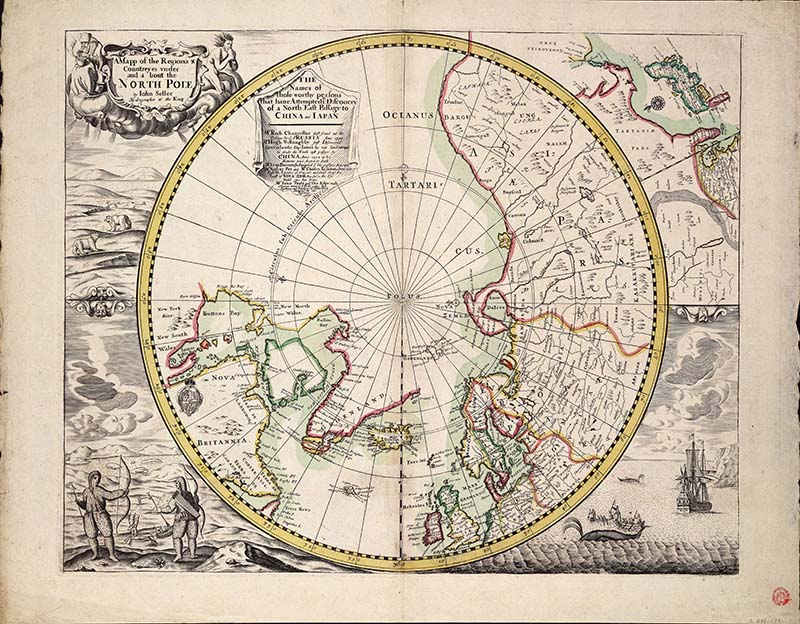 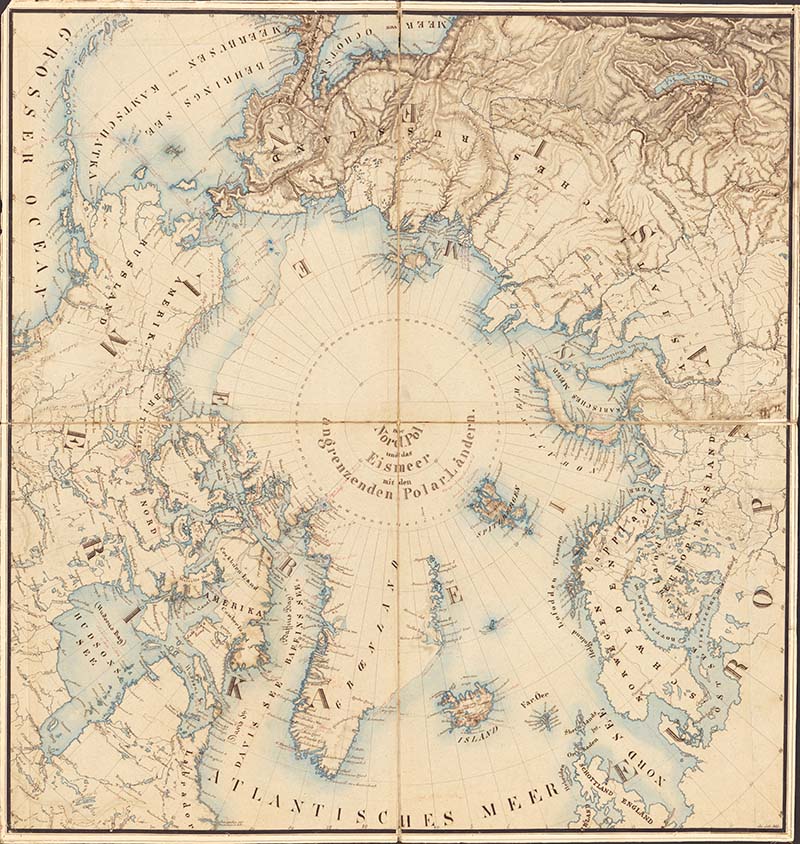 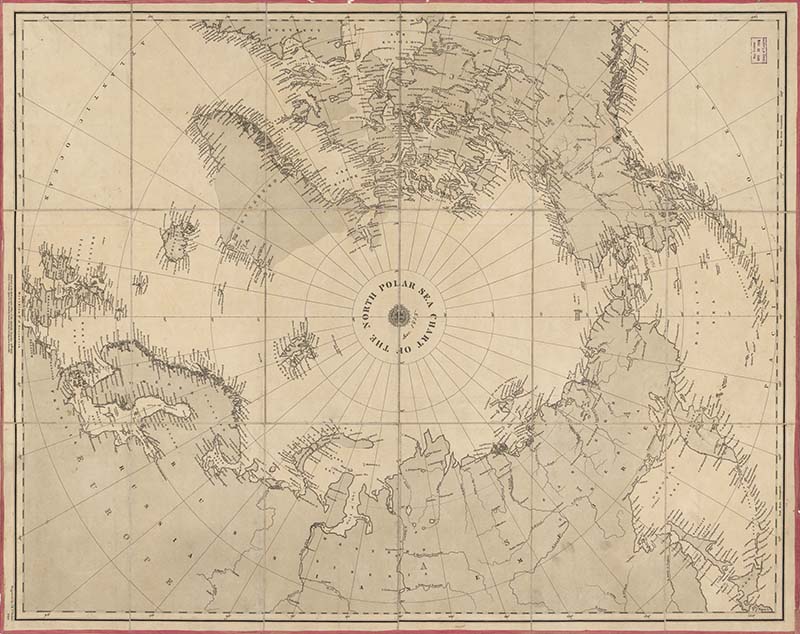 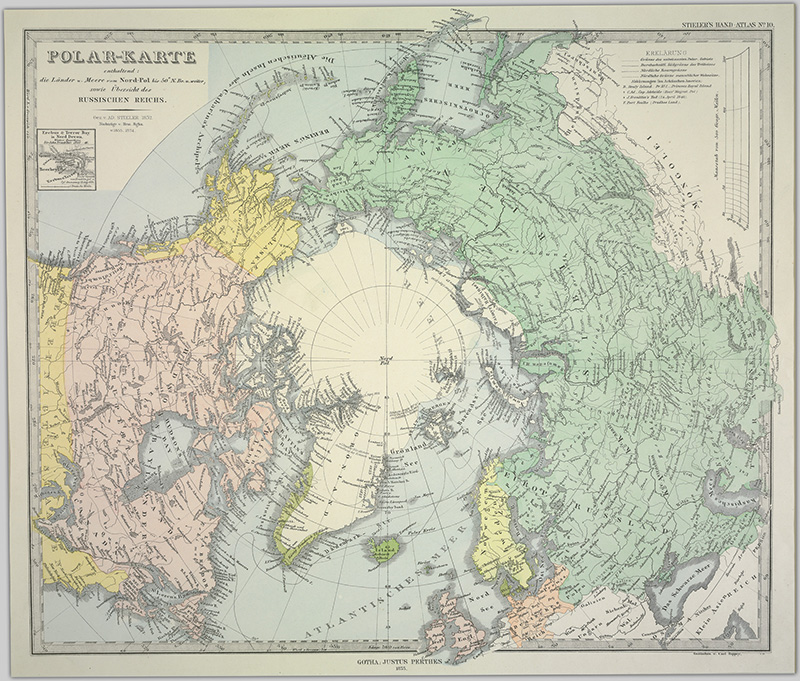 In this collection of classroom geography charts, there is a wonderful geographical Arctic scene featuring Eskimos, polar bears, and the Northern Lights.

If you are looking for some illustrations of the inhabitants of the North Pole, then check out these vintage reindeer drawings and polar bear art prints.

Thank you for these! I'm doing a daily creativity boost class where we're creating our own maps using pieces of others, and these are perfect!

That sounds like a lovely project. Glad you found the maps useful, there are many more on the site to choose from.

These are so cool! I'm featuring them today at Thursday Favorite Things. Thanks for sharing them!

Thank you so much, I look forward to seeing them.

This is so cool! Pinning it for later.

Wow, these are gorgeous! Thanks for sharing.

Thank you, glad you like them I just love maps.

[…] green and white. You can also use printouts of old maps from vintage atlas’s. There are some cool vintage North Pole maps on Pictureboxblue, which I think would make great handmade Christmas […]