This is part of my collection of old maps of Europe. These are Northern European maps which come from three different Atlas’s originally. These are Bartholemew’s Citizens Atlas of The World 1898 and a German Atlas from the late 1800’s. The map of Scotland was loose in my collection and I believe it came from an unidentified English Atlas again from the 1800’s.

Even those these vintage maps are well over 100 years old, the borders are the same today. Unlike with Eastern Europe, there has not been much change in the geographical borders in these Northern European countries. The maps of Great Britain, the Netherlands and Germany are from an antique German Atlas. Therefore, on these maps, the place names are in German which I think only adds to their interest.

I have included a German geopolitical map. Not because I’m interested in historical politics but this just happens to be quite a colourful map. As I love to craft with old maps this would be a great map to decoupage with.

The PDF downloaded maps will be of a higher resolution then the images below. 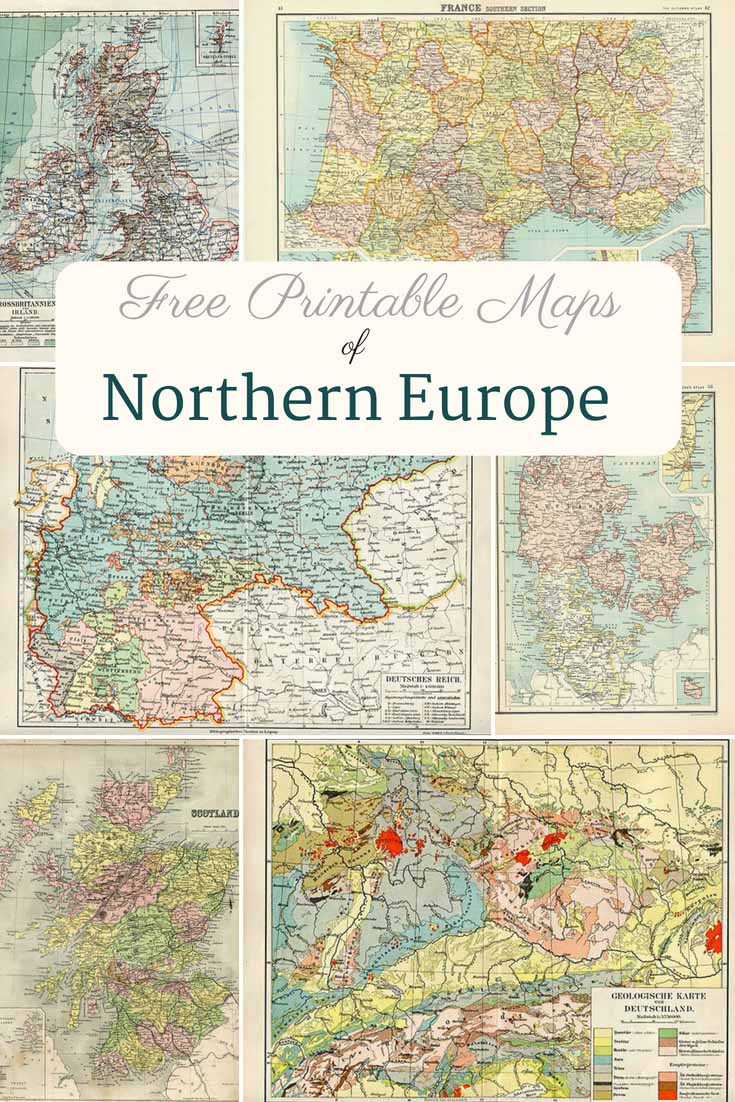 THE OLD MAPS OF EUROPE

France is one of the biggest countries in Europe, that’s probably why it got spread over 2 maps in the Atlas. 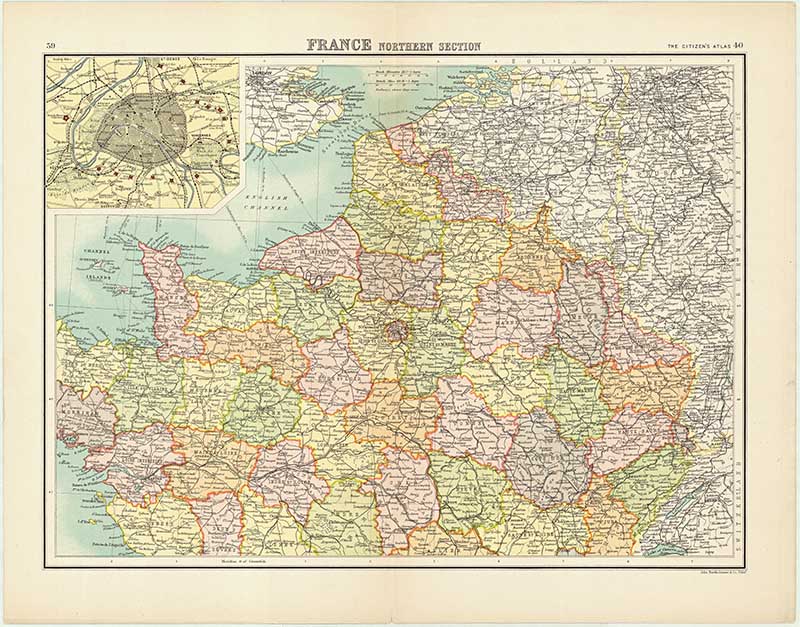 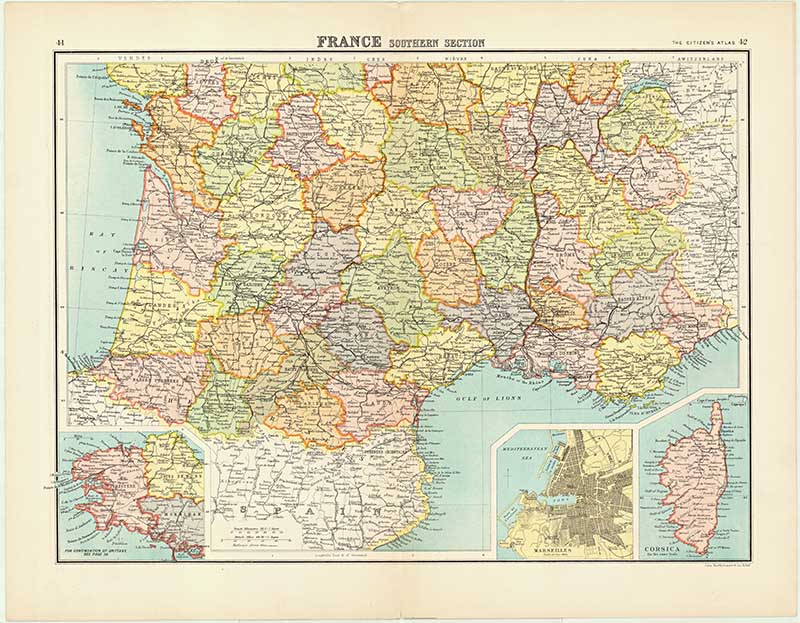 Probably because these maps were from a German atlas, there was a rather colourful political map of Germany as well as the standard geographical. 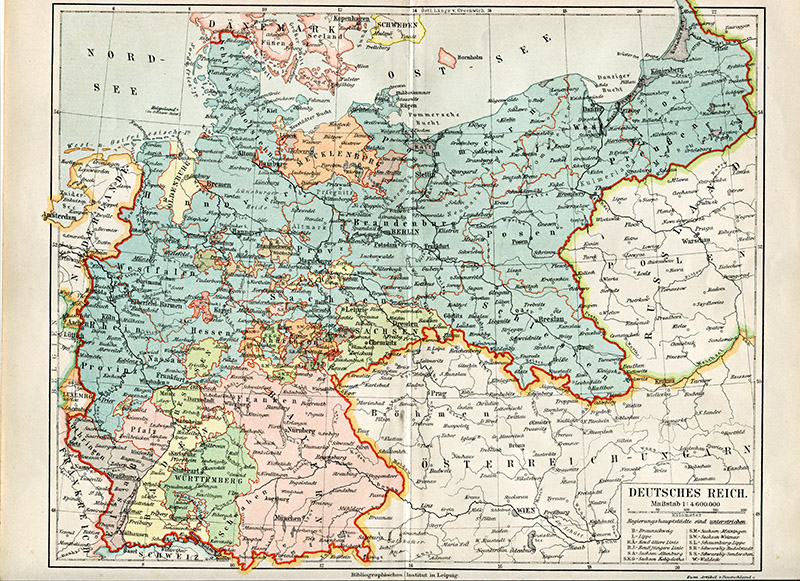 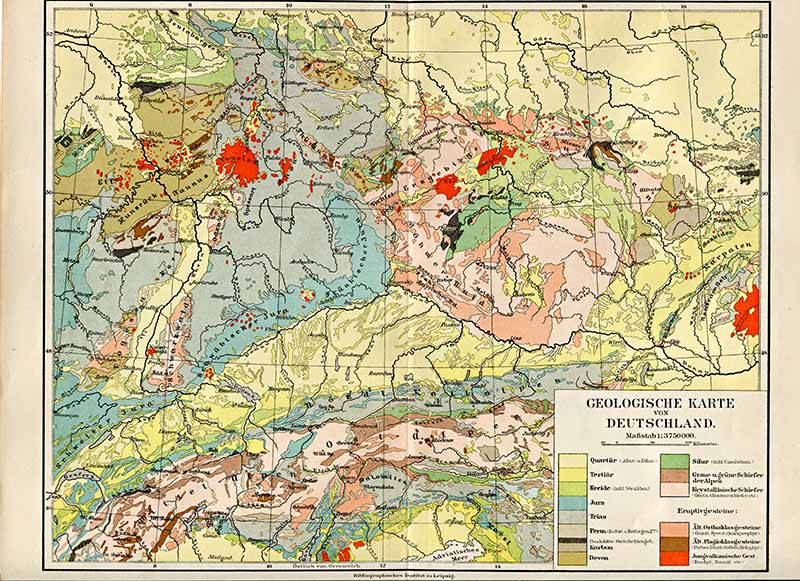 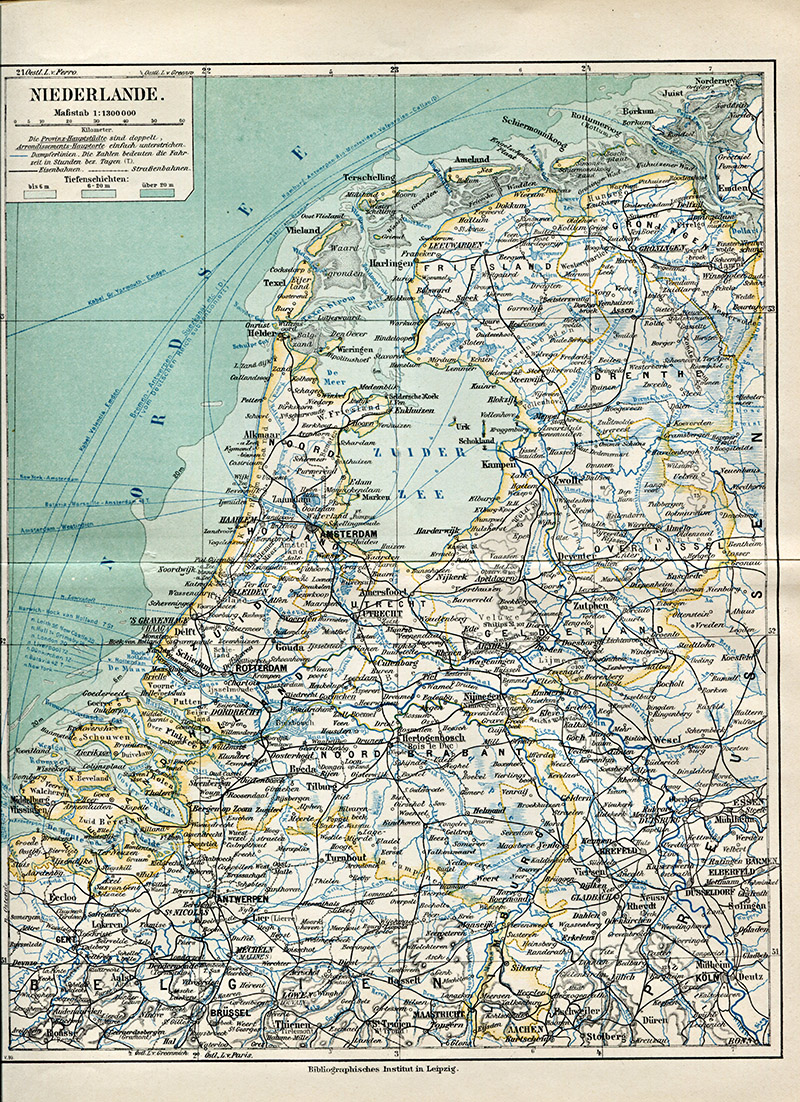 This was a loose map in my collection, unfortunately with no details of what atlas it came from. However, it looks like it is from the late 1800’s. 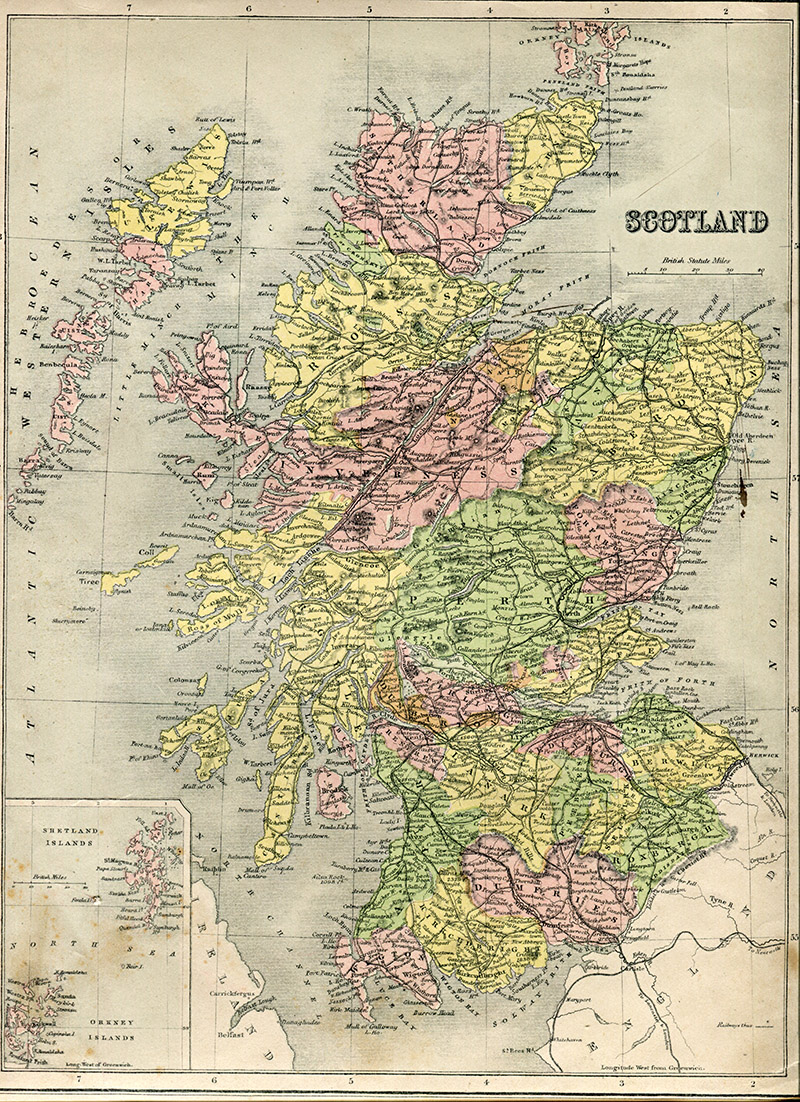 If you are looking for more feee vintage maps Europe you should check these out. 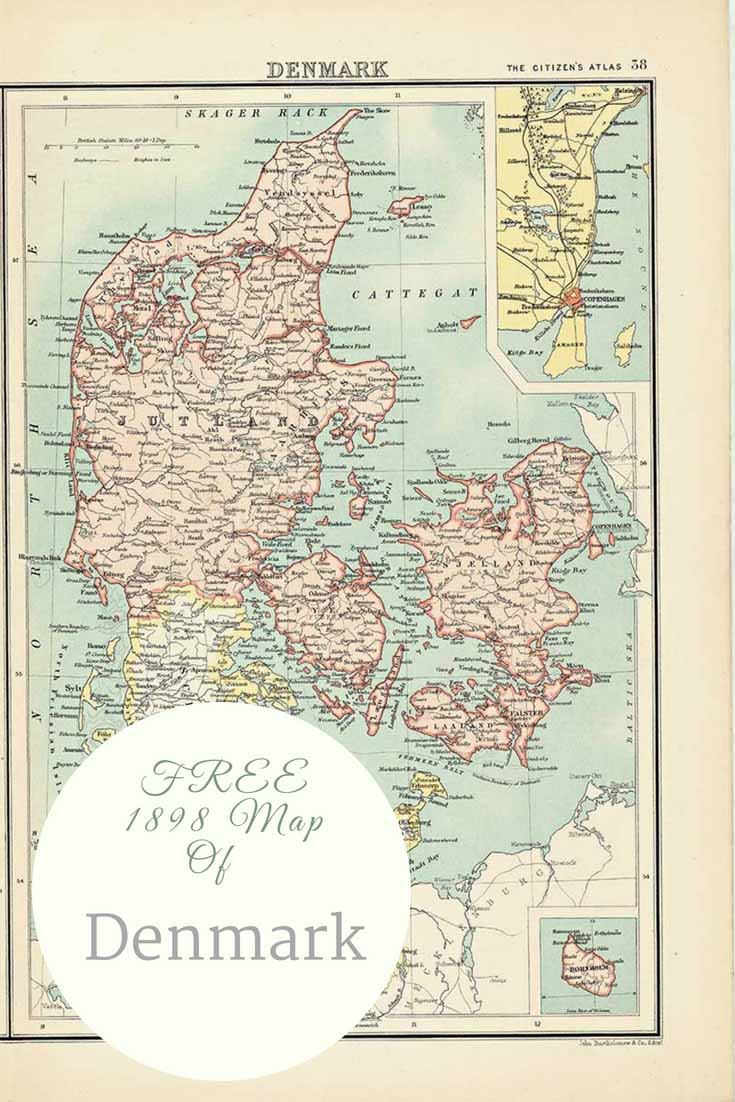 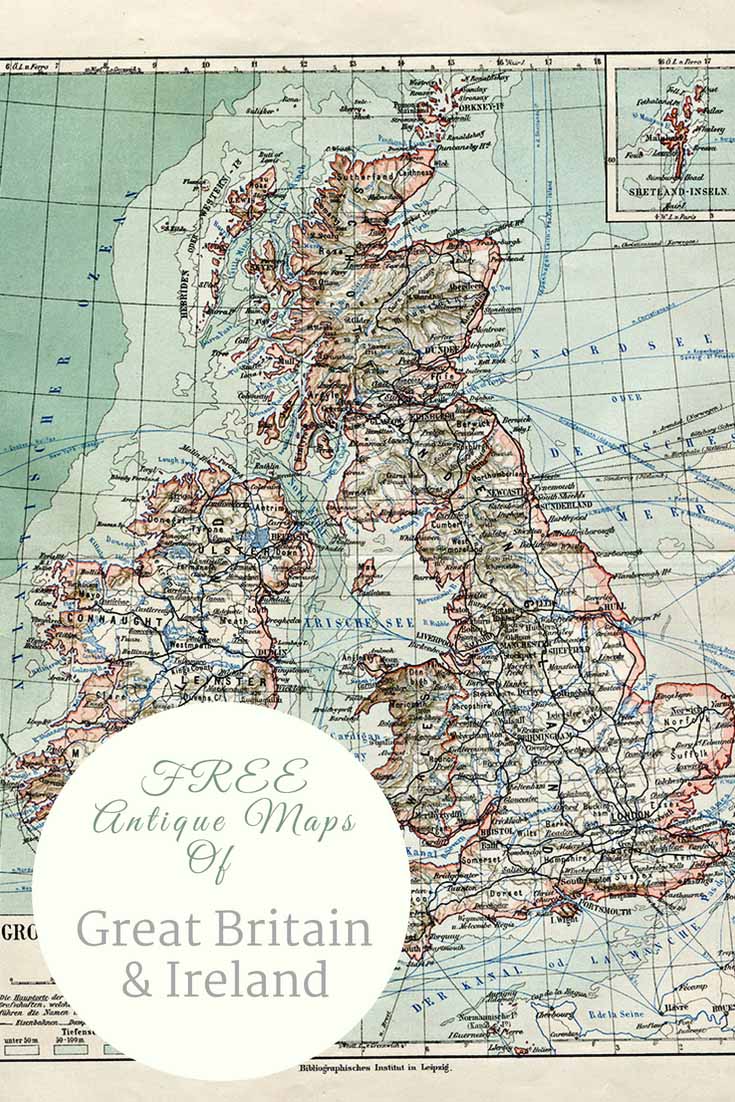 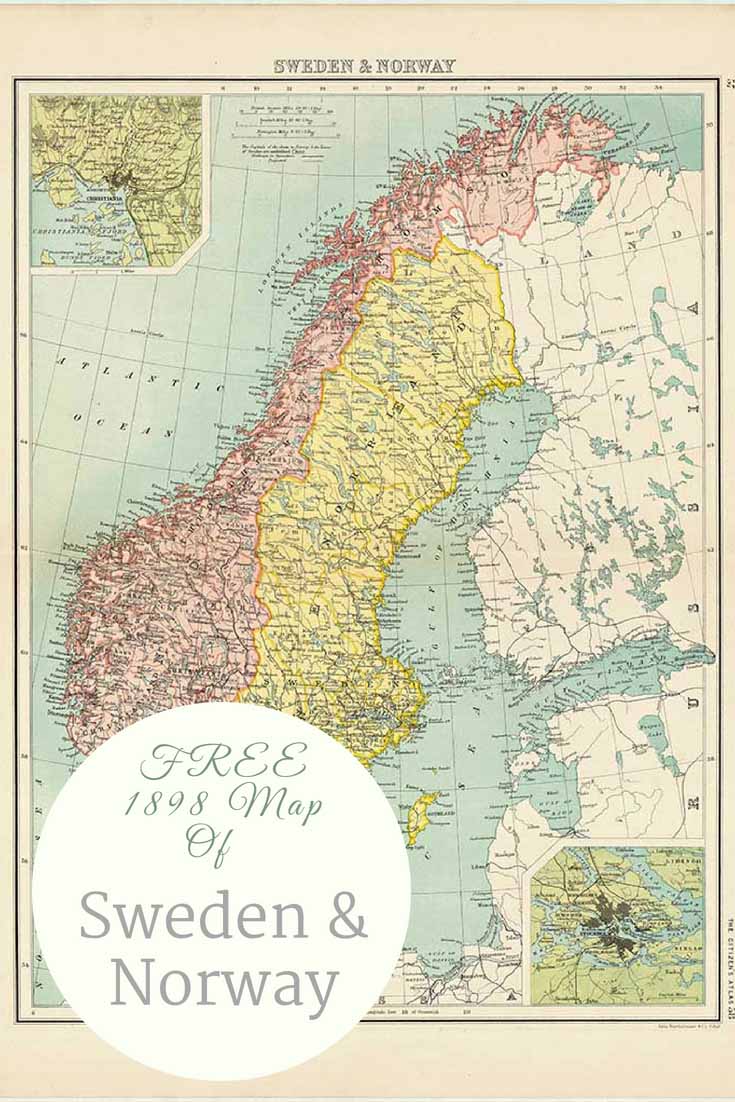 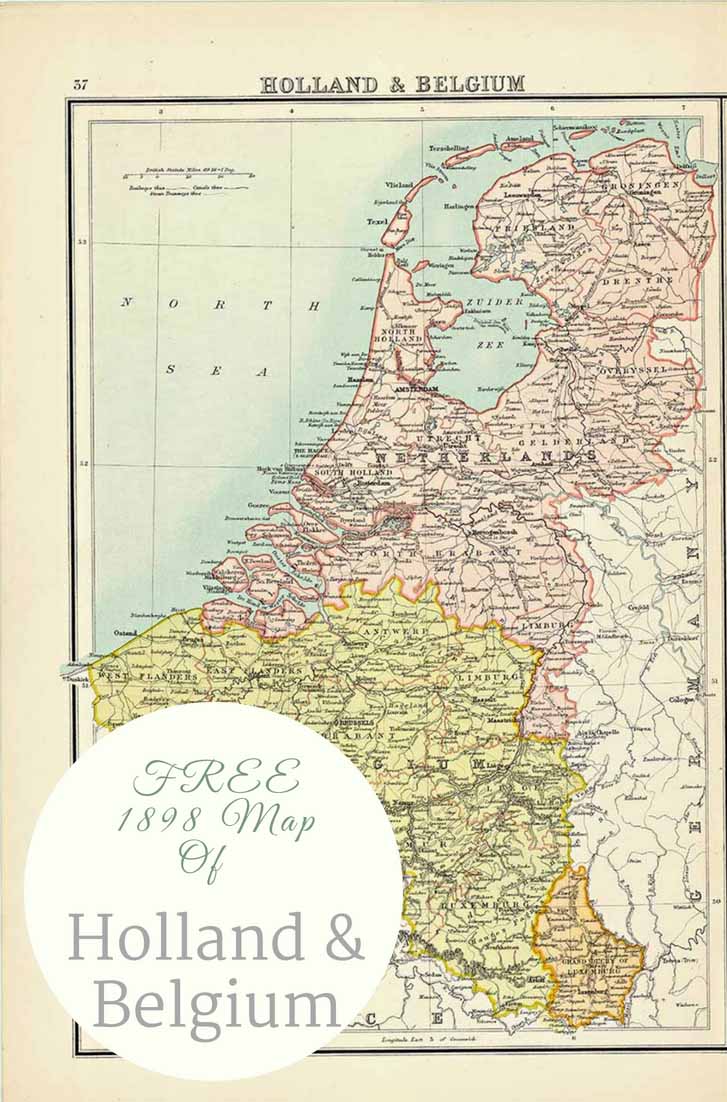